It’s International Women’s Day on March 8th! At RMB, we’re inspired by women 365 days a year. This year, we wanted to celebrate International Women’s Day with some of our incredible female authors! Take a look at what Katrina Rosen, Margo Talbot, Erinne Sevigny Adachi, Angela DeJong, Helen Rolfe, Lynn Martel and Frances Klatzel have to say about being a woman in the outdoors…

Katrina Rosen: With You By Bike

Today, like most days, I am with a group of strong, incredible women in the wilderness. As we move, I feel their strength and gain clarity. We are so powerful and beautiful together. I hope we can always let go of competition, comparing and being intimidated by one another. Instead, let us breath deeply with mother nature and embrace sisterhood. International women’s day is for all of us to be proud of what we have accomplished and go after everything we still crave.

For me, International Women’s Day means gratitude. Every single day I feel grateful to live in a country, culture and era where, as a woman, I have the freedom to choose to be married or single, to be a mother or not, to have a job/career/ability to earn money to support myself. So many women around the world still aren’t granted such basic freedoms – let alone climb and ski across glaciers. I’ve seen a lot of terrific changes since I began been adventuring outdoors 35 years ago, and living in Banff/Canmore has meant I’ve always had lots of female partners to adventure with – I can’t imagine life without female adventure partners! Going forward, I’d love to see representation of women over 50. We’re still out there, rock climbing, backpacking, ski touring, mountain biking, not going as fast or as hard as we used to, but we’re still out there. The only time I see older women profiled it’s former top athletes who are cranking 5.12s at 60. Totally unrealistic for most of us who have arthritic fingers and well-worn backs and knees! Insulting, even. Would be nice to see faces with a few smile/experience lines in them.

For my daughter, Jaiden
To me, International Women’s Day is a union of female spirit and strength—the celebration of a worldwide sisterhood. This global connection is a unique energy we can draw from in our various pursuits of outdoor adventure. In 1975, Junko Tabei surpassed the norms and expectations of strict Japanese culture to be the first woman to summit Mount Everest, which goes to show that female spirit and strength in the outdoors has long been at the ready. If there is change to come in the outdoor industry, it is one of honouring people’s triumphs beyond gender—it is about understanding the human element that fuels the adventure in the first place.

Angela DeJong: Polepole: A Training Guide for Kilimanjaro and Other Long-Distance Mountain Treks

The tireless dedication to construct a strong physique in the gym and the opportunity to test that body through mountain climbing provides an overwhelming feeling of gratification when taking those final steps to the summit. This sense of pride is race, age, experience, ability, and gender neutral. The only individual that can provide you with this particular feeling of accomplishment is you. International Women’s Day is a reminder that mountains do not discriminate and we are equally capable of reaching their peaks.

I was lucky to be out skating on Mildred Lake in Jasper National Park over the weekend, and while there I was thinking about who it was I would dedicate the day to. Mary Schaffer? Maybe the women down my line who came from these mountains? Then a lady arrived with her two young daughters. She strapped on some skates, and pushing her girls in the stroller, started making her way around the loop. I thought: her! And women like her, who aren’t necessarily pushing limits and taking things to the extreme today. The women who are in the day-to-day, raising the next generation of women, making sure they build a taste for the outdoors. For the wind in their face. That’s who I’ll be thinking about this International Women’s Day.

What the world needs more than ever is a rebalancing of power, a movement that shifts energy away from the Patriarchy and toward the Divine Feminine. As women, we are the Goddesses representatives on Earth. It’s time to tune in to the frequency of our hearts, and transform the planet.

I’m seeing several images posted on social media with classic looking women pumping their biceps and lots of raving. But, I am asking myself, is this what Women’s Day is really all about? Is Women’s Day about using brute strength like some men (certainly not all)? Or is it really to celebrate the perseverance, equanimity, subtle strength, and love with which women go about their daily lives?  Do we really want to celebrate our masculine sides or strengthen our divine feminine? Bring that feminine power and way of doing things to a chaotic world? I hope that International Women’s Day also reminds women to follow their dreams and aspirations – whether to be a professional, climb a mountain, or raise happy and thoughtful children. 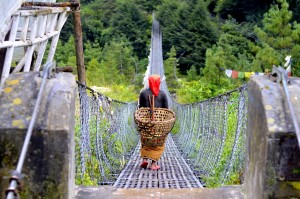