The story of Victoria’s resident coastal wolf, Takaya, has taken a very dramatic turn as he wandered into downtown Victoria this weekend. As a result he was tranquillized and has been transported to a facility for observation (likely in Nanaimo). It is extremely unlikely that he will ever return to the Discovery Islands, which is where he had been making his home for a number of years. 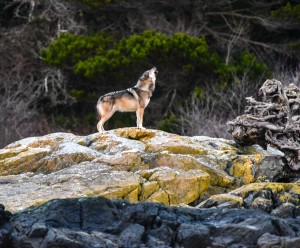 Takaya lives on a small group of uninhabited islands in British Columbia’s Salish Sea, surrounded by freighter, oil tanker and other boat traffic and in close proximity to a large urban area. His name, Takaya, is the Coast Salish First Nations people’s word for wolf. This wolf is culturally significant for the Songhees, and some believe he embodies the spirit of Chief Robert Sam, who died close to the same time that the wolf appeared in the islands. Over half of the largest island is a marine park and is used primarily by kayakers and other small pleasure boaters.

Cheryl Alexander is a conservation photographer who has been following one of nature’s great predators for years. She lives in Victoria and has been following, documenting and studying the lone wolf named Takaya, which lives on Discovery Island off the coast of Oak Bay, for six years. She says she believes the James Bay wolf may be Takaya.

“The video clip looks very much like it could be the 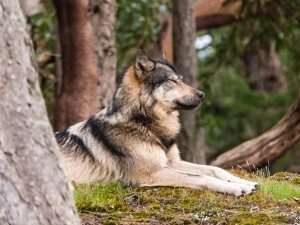 Discovery Island wolf,” Alexander said. “He has very specific markings; I’d like to see the front of his legs because he has a couple of stripes down there that are quite obvious.”

Takaya has been living on the Discovery Island for almost eight years and she says it would be remarkable for him to leave. His voyage off the island might be because he is hungry and cannot find any seals. Or, he might be looking for a mate. (CTV News)

The existence of this beautiful being in such an odd place leads to many questions:

How did Cheryl Alexander come to know Takaya, and what is her relationship with the wolf?

Why has Takaya chosen a solitary life on these islands, so close to human habitation?

What current issues or threats face Takaya, and how can they be mediated through compassionate coexistence and conservation?

Why is Takaya’s story important, and what is the relevance of his story to wolf conservation in British Columbia and the Salish Sea ecosystem?

Through journal entries, interviews, and a stunning collection of photography, Takaya: Lone Wolf of the Discovery and Chatham Islands (fall 2020) answers these profound questions and tells a story that is certain to inspire, enlighten, and touch the heart. It is the story of a wild animal, alone yet at peace. 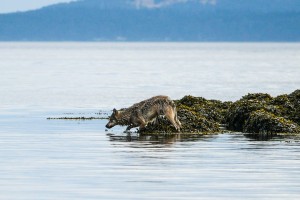 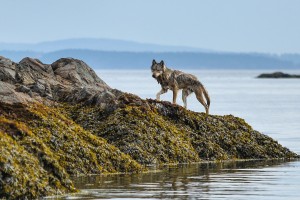 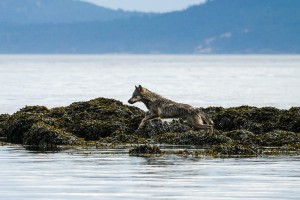 Cheryl Alexander is a conservation photographer working worldwide to ensure protection of wilderness and wildlife. Through visual documentation and storytelling, she hopes to inspire passion and action that will protect the imperilled wild in our world for future generations. She has been studying and documenting Takaya’s life on both Discovery and Chatham islands for years. 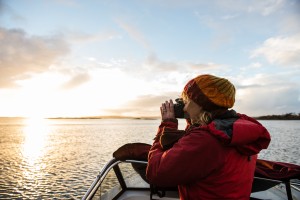 Cheryl’s film about this remarkable animal, Takaya: Lone Wolf, has been broadcast on CBC and the BBC to great acclaim and will be touring various film festivals throughout 2020 and 2021. Follow Cheryl on Instagram @cher_wildawake, Facebook or visit her website at www.wildawake.com. Cheryl Alexander lives in Victoria, BC.