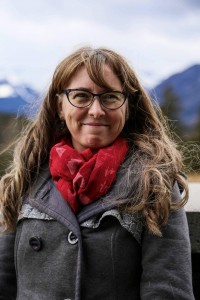 Award-winning children’s book author, Jocey Asnong, has created many beautiful books for us over the years, and plenty more colourful books taking shape in her creative brain!

Jocey writes and illustrates from her home in Canmore, Alberta dreaming up new adventures for adventurous cats, Nuptse and Lhotse, and creating colourful board books that teach kids about the outdoors as well as their ABCs and 123s.

Here’s a look at Jocey’s whimsical and adventurous world through her children’s books: 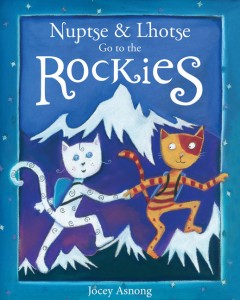 Nuptse & Lhotse Go to the Rockies
When Mrs. Jasper, a very large grizzly bear, loses her twin cubs Yoho and Kootenay between Paradise Valley and The Valley of the Ten Peaks, she needs Nuptse and Lhotse to help her find them. In a land full of mountains that could be somewhere near Banff and Jasper National Parks, the cats and Mrs. Jasper will need to follow clues and their imagination to find out where these cubs have gone. A colourful story for adventurers of all ages! 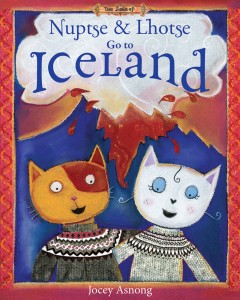 Nuptse & Lhotse Go to Iceland
While digging in their garden, Nuptse and Lhotse uncover an ancient Viking helmet. Excited by their discovery, the two cats make their way to Iceland to find out more about the Vikings. Throughout their epic journey, the cats learn all sorts of new things related to Iceland: longboats, sweaters, horses, volcanoes, geysers, even local cuisine! 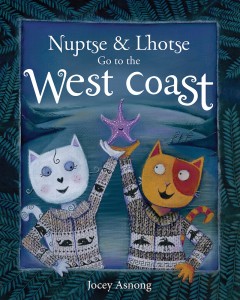 Nuptse & Lhotse Go to the West Coast
When the cats find Salish, a Purple Ochre Starfish, in a puddle, Nuptse and Lhotse are determined to help Salish get back home. The trio will travel across mountains and orchards, explore a coastal city’s many attractions, take an extraordinary ferry ride along the bottom of the Salish Sea, hike through the tangled rainforests of the West Coast Trail and surf the great waves at Long Beach. 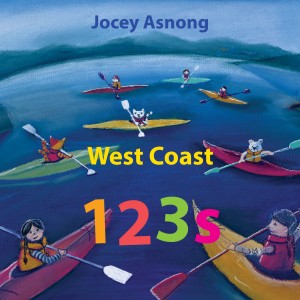 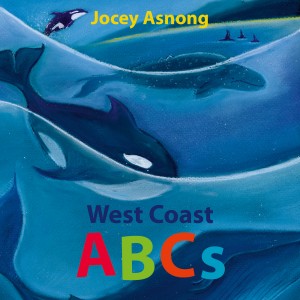 West Coast ABCs
Climb with cougars in Cathedral Grove, glide down groomed hills at Grouse Mountain, soar with ravens over rainforests, and watch for whale tails at Wickaninnish Beach. Learn letter recognition and explore the beauty of the West Coast! 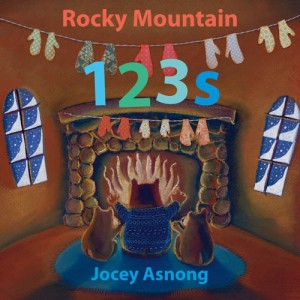 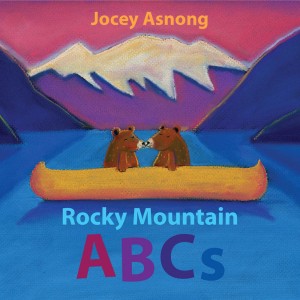 Rocky Mountain ABCs
Go for a canoe ride at sunset on Lake Louise, climb high, snow-capped peaks with a mountain goat and learn to ski with an adventurous grizzly bear. Jocey’s vibrant illustrations and playful imagination bring the alphabet to life and shares with everyone the love of being outdoors.